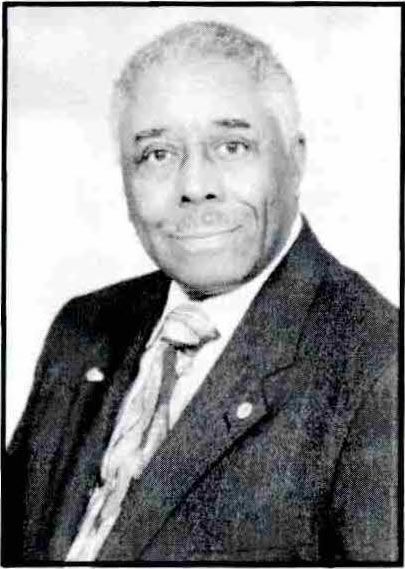 Bernard V. Gregory, a quintessential volunteer, unifier of organizations and voice of reason for Jacksonville. People who worked with Mr. Gregory for years, as well as family and friends, recalled him as a man of boundless energy whose death will leave a leadership void on many civic and community services boards. "He was a very unusual man; he was always so interested in helping people," Marion Gregory said. "He was always so concerned about the community, and he had been this way for a very long time."
Mr. Gregory helped raise hundreds of thousands of dollars and gave thousands of hours of service to such organizations as the American Lung Association, the National Association for the Advancement of Colored People, the National Conference of Christians and Jews, the United Way of Northeast Florida, the Urban League, Jacksonville Community Relations Commission, Clara White Mission and the Northwest Council of the Jacksonville Chamber of Commerce.
" Bernard Gregory was a consummate server," said Ronald Belton, chairman of the State Board of Community Colleges and one of Mr. Gregory 's longtime associates. "He was always willing to do, and he did. He would always ask, "What needs to be done?" and "How can I help?" And he always did it right. " Volunteering was his hobby, his avocation, his passion," said Sandra Kesler, executive director of the Northeast Florida Region of the American Lung Association. "That's what turned him on. I truly think he would rather sit in a board meeting than be on a golf course." Of the numerous requests he received to join organizations, Mr. Gregory once said, "I couldn't say no. I don 't know how to say no."
Mr. Gregory was a New York native who worked for 33 years as an insurance salesman and executive in Detroit; Chicago; Toledo, Ohio; Winston-Salem, N.C.; and Jacksonville. He moved to Jacksonville in 1975 and was vice president and agency director for African American Life Insurance Co. and associate manager of advertising and sales promotion for tile Prudential Insurance Co. Mr. Gregory went to work for Southern Bell Telephone Co. in 1981 and became active in volunteer service. Soon, he found himself joining nearly every major civic association in the city and attending anywhere from two to five meetings a day. In 1991. he retired from Southern Bell as telemarketing sales manager and intensified his volunteer activities.
"Father was a firm lifetime believer that life is for service to others," Rodney Gregory said. "He did the best he could as long as he could. Even in his last waning days, he was thinking of how to serve others. You could always trust him. If he gave his word, he'd stand by it." Mr. Gregory received many local, state and national awards for his work, including the Humanitarian Award from the National Conference and the Clanzel T. Brown Award from the Urban League. He was also placed on the American Lung Association 's National Wall of Recognition.
In the summer of 1996, the 100 Black Men of Jacksonville initiated a community service project in line with our National “Four for the Future” focus opportunities for youth. This project, the 100 Black Men of Jacksonville’s Scholarship Program, is designed to assist youth from our many outreach programs with financial assistance in pursuit of post-secondary education. Our program provides critically needed funds to many students who cannot qualify for more lucrative scholarships because of less than stellar grade point averages or previous academic difficulties. Our scholarships are determined by three critical parameters in order of importance:
1) financial need
2) community involvement/volunteerism
3) and academic performance.
In 1998, through unanimous action by the Executive Board and Membership, the 100 Black Men of Jacksonville’s Scholarship Program was renamed the Bernard V. Gregory / 100 Black Men of Jacksonville Scholarship Program to honor 100 member and visionary, Mr. Bernard V. Gregory, deceased. Bernard was instrumental in garnering corporate and community support for our scholarship program and was a quintessential volunteer and community leader. Bernard cared deeply for the youth served by the 100 and worked tirelessly with other youth service organizations to better the lives of young people here in Jacksonville.

The 100 Black Men of Jacksonville created an endowment with the Community Foundation of Northeast Florida in late 1997 to facilitate future funding for recipients of the Bernard V. Gregory Scholarship Program. Grant-making funds from this managed endowment, in addition to generous donations and contributions from our corporate and business partners, has helped us to award over $400,000 in scholarships to over 375 students. Metrics indicate that over 90% of our recipients have graduated from local and national colleges and universities and many have continued on to post-graduate studies in a number of fields including engineering, medicine, education, and business.

(Deadline is midnight, on June 2nd)

The following are a list of scholarships provided by other companies and organization,
some of which benefit minorities, specifically. 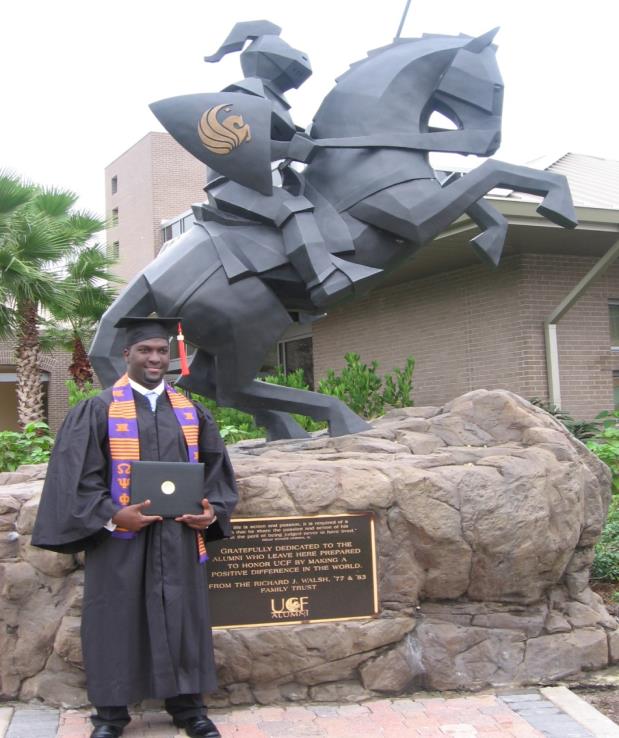 To The 100 Black Men of Jacksonville, With Gratitude.

The 100 Black Men of Jacksonville Scholarship program is the catalyst that allows dreams to become reality for graduating high school seniors. For most honors students of color, while we have the academic portfolio to pursue higher education, we fall short in being able to finance that education at various universities. Thus, I am – and other like me are – grateful for the 100 Black Men of Jacksonville. Because of your generosity in investing in the lives of so many high school seniors, their dreams of receiving a college education can become a reality! With this education, these bright individuals are empowered to appreciate their journey and use life lessons, knowledge, and to change the world we live in. Through the years, 100 Black Men’s scholarship investment and mentorship has supported me throughout my academic journey – from graduating with a Bachelor of Science in Electrical Engineering (BSEE) to earning a Master of Business Administration (MBA) from the University of Central Florida. These degrees have been integral in my career as a Senior Systems Integration Engineer with Lockheed Martin. At this moment, I have been fortunate to design Automated Test Equipment (ATE) for Fire Control Radars on the Apache and F-35 Aircrafts. Best of all, after a decade of staying connected with 100 Black Men of Jacksonville, I can look back and humbly celebrate my academic and professional accomplishments. Even more so, I aim to continue serving my community and giving back in honor of those who helped me along the way. I am forever indebted to 100 Black Men of Jacksonville for helping me achieve goals I never imagined would be possibly. - Koltan R. II

Good afternoon, My name is Nia... and I am a [BVG] scholarship recipient of the 2020 year. I am writing to thank you for your generous scholarship and your continuous support of my journey through college. I was very happy and appreciative to learn that I was selected as the recipient of your scholarship. By awarding me this , you have lightened my financial burden which allows me to focus more on the most important aspect of school, learning. Your generosity has inspired me to help others and give back to the community. I hope one day I will be able to help students achieve their goals just as you have helped me. Thank you so much!